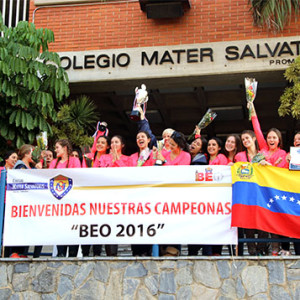 THE STUDENTS OF MATER WIN THE INTERNATIONAL COMPETITION: BEO

On the 10th of April of 2016, the School Mater Salvatoris of Caracas has achieved to be the total winner of the international competition British English Olympics, BEO. This competition takes place annually in London and awards the performance of young students of baccalaureate around the world, where the competitors have to use correctly and fluently the English as a second language.

The competition consists of both academic and creative tests that require prior preparation during the school year. This means dedication, research and commitment. In 2015-2016, contestants tackled a debate on education, a tourism project about the Seychelles, a Mystery Challenge, songs, a play and other challenges.

During the competition, students attend various workshops on public speaking techniques and British culture, participate in a number of sporting events at their host school campus, and take part in mystery challenges with the other students. There are also excursions to London, Oxford, Cambridge, Brighton and Stratford-upon-Avon.

The students in their last years of the school competed with other 110 schools of different parts from the world.

The group integrated by 20 students and two teachers, stood out not only for their knowledge of the language but for their capacity of analysis, leadership and negotiation abilities, several public presentations and, specially, for their personal values, that inspired the rest of the participant schools and the organizers of the event. 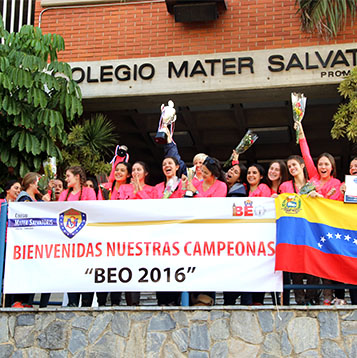